One of my finds in the freezer over the weekend was a couple of half pints of cherry freezer jam bottled in ’03. I don’t know why for sure, but this jam started crystallizing pretty quick after I made it and it has only gotten worse. These are the last 2 jars of it. We ate some a while back and it was “the jam with dots in it”, but now the dots have completely taken over the jam, so this is nothing too spectacular, but here’s how I made it into jam we could eat instead of throwing it away. 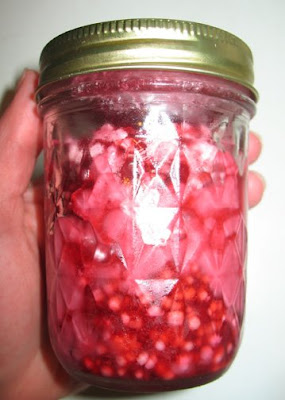 Yeah, it’s supposed to all be that dark red color . . . the pink is the crystallized stuff. 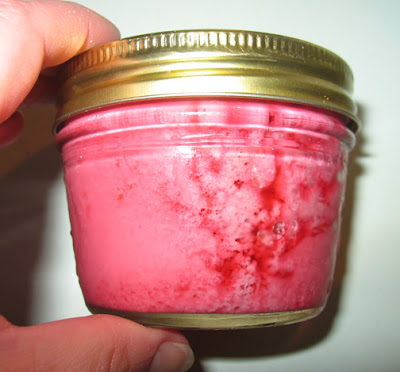 I scooped it out of the jars and put it in a little pot on the stove and heated it up. There were ice crystals on the jar lids–I just tossed that stuff and used what was in the jar, but it probably wouldn’t make too much difference if there were a little added moisture. 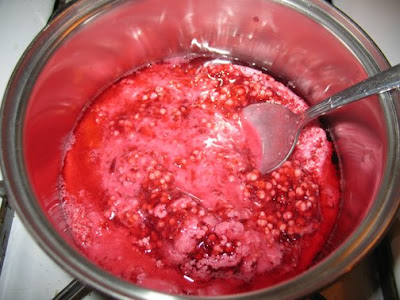 Brought it to a rolling boil and boiled it until all the sugar/pectin/pink stuff was boiled down, then boiled it a couple of minutes longer. 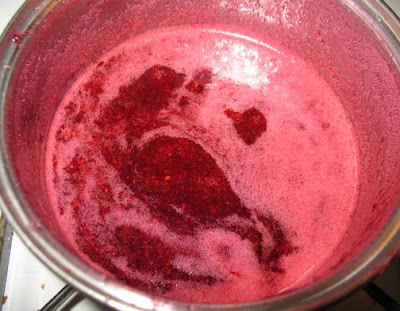 Skimmed the foam off the top. I know this looks like a big pot of jam, but it’s just close up pictures of a really little pot (remember? only 2 half pints of jam in there?). 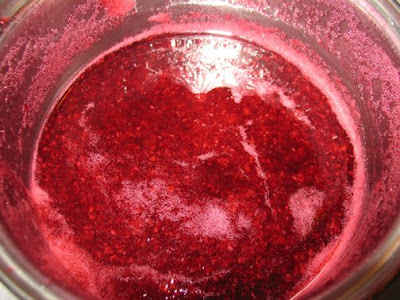 Then poured it in a pint jar to put in the fridge. So now it’s not freezer jam anymore, it’s cooked jam, but it’s edible and spreadable which it wasn’t when I pulled it out of the freezer. 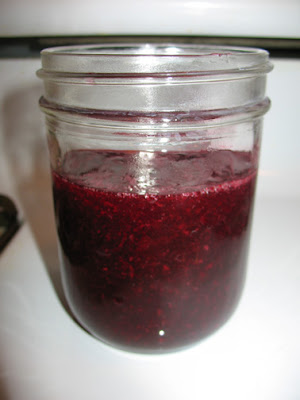