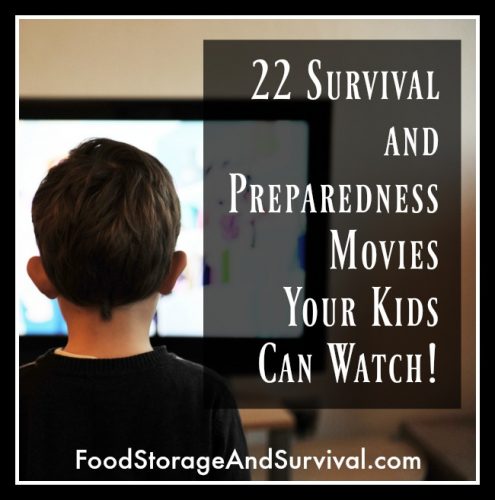 This list is part of my eBook, Prepared Kids: A Parent’s Guide to Raising the Next Generation of Self-Reliant, Responsible Adults!

Looking for preparedness movies you can watch with your kids?  Do such things exist?  Yes, yes they do.  While many movies in the preparedness/survival genre aren’t appropriate for little viewers (ie. rated R), I’ve compiled a list that can actually be watched with kids in the room.  Keep in mind that some of the PG-13 movies may not be suitable for younger children.

What movies would you add?  Let me know in the comments–I’m always looking for something useful the kids can watch!  Now, go pop some popcorn and enjoy a preparedness movie night!

For more great resources and ideas for raising prepared kids, check out my Prepared Kids eBook!