We’ve finally closed out all the giveaways from National Preparedness Month!  Thanks so much to all of you for entering the giveaways and especially to our fantastic blog sponsors and friends for the prizes!  I just opted to save all the announcing of winners for this one giant winner announcement, so here goes:

And now for the part you’ve all been waiting for!  The answers to the Guess the Mystery Prep Item giveaways.  These were a lot of fun for me because I got to see all the answers, and there were some really good ones! 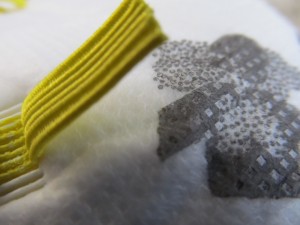 I think this one was the hardest one.  I got guesses ranging from tire plugs, to gauze, to a pie fluting tool.  It is a N95 Particulate Mask.  If you guessed dust mask or face mask or anything along those lines you got this one right.  See the cute little guy breathing nasty black dots into his lungs?  I’m sure that gave it away to all of you, right? 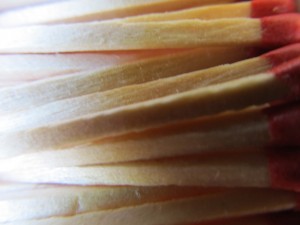 This one was a lot easier although I did get one guess of shoe laces, but almost everyone got it right–Waterproof matches (of course, it’s hard to tell they’re the waterproof variety in the photo, so I had lots of varieties of matches named in the entries). 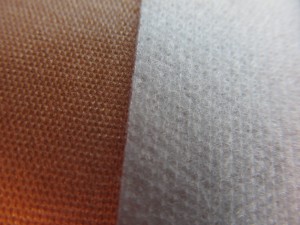 I got some pretty creative guesses on this one–bubble wrap, reflectix insulation, sofa, but it’s just a super close picture of a band-aid, and as one guesser said, “a superior one at that since it’s fabric and not yucky plastic!” 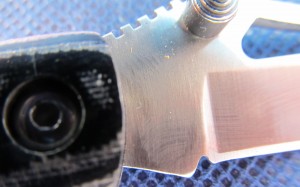 Some fun guesses for this one were a saw, part of a sewing machine, and a can opener.  It is a pocket knife.  The kind where the blade has a thumb tab to open it and it locks open. 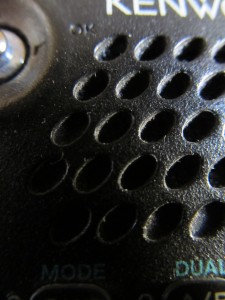 Unbelievably, one guesser got this exactly right–down to the correct model, and a couple others were VERY close guesses!  It is a handheld transceiver, or ham radio, or amateur radio.  The specific model is Kenwood TH-F6A.  Most guesses were some type of radio or walkie talkie, so you all did a great job on this one! 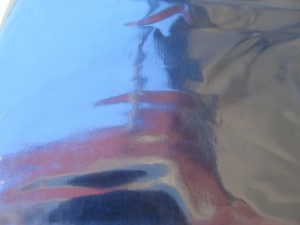 This one is an emergency blanket (with the hatch/interior of my minivan reflected in it).  I wasn’t even thinking when I took this picture that it is pretty much indistinguishable from a mylar bag though, so I got a lot of mylar bag guesses and really, it could just as easily have been one of those.  I also got a lot of water bottle/water bladder guesses. 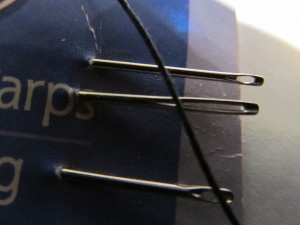 Almost everyone got this one right in some form.  It is sewing needles and heavy duty carpet/button thread.  Not a suture kit, but probably looks fairly similar.  Great guessing.

I saved my favorite one for last, and you guys are awesome guessers!  It is a handgun magazine with hollowpoint ammunition in it.  For those guessing the caliber, it’s only a .380 ACP–just grabbed the nearest gun for the photo op ;).  A couple of my other favorite guesses were a tire iron and a gas wrench.

I hope you all enjoyed the giveaways this last month as much as I did, and if you get a chance, visit the sponsors and give them a big thank you!