Our local farm/ranch store was supposed to get a boatload of little chicks yesterday, so I was going to pick me up a few, but when I called them in the morning, they said the shipment wasn’t coming until next week–bummer! But it just so happened I had to go “over the mountain” yesterday to the big city for a doctor appointment, so I thought I’d stop by their farm/ranch store and what do you know! They had a bunch of cute little cheepers, so I picked me up a baker’s dozen and brought them home–over two long hours in the bumpy Suburban with a box of chicks that did NOT stop cheeping the whole way home! 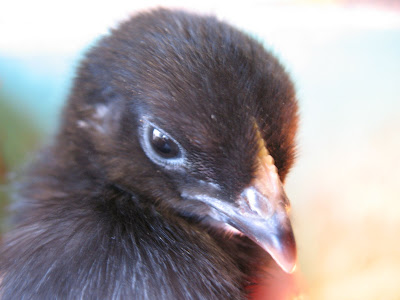 Boy, were they glad to get out of the little box and into the big box that my sweet husband is graciously loaning them until they grow up and he can put his tools back in it. We made the lid from some scrap lumber that was super warpy and some cheap chinese hardware cloth that he bought for something else, but the welds on it were super weak, so now it’s a chick house lid. Warpy lumber always reminds him how much better he likes to work with steel . . . 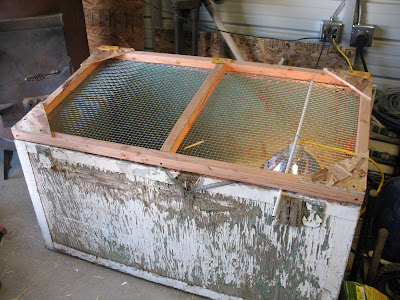 Are they not the cutest things ever? They are all supposed to be black sex-link hens except for this little guy/gal with a bunch of white markings that is a straight run and was the only one left of its kind, and I thought it was cute, so he/she got to come home with us also. I just won’t know for a while if he’s a he or a she. 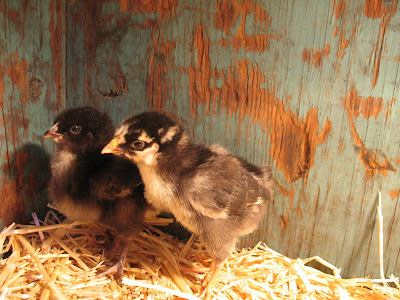 Sorry so sparse on posting lately–we’ve had a bunch of sickos here and I’m just now feeling it also, plus the usual house/yard work and that doctor appointment that took all day driving for a 20 minute appointment with a back specialist–I’ve been seriously wiped out this last week!

Also I have some really fun news for tomorrow! But it will have to wait until tomorrow . . . :)