I had heard from a very reputable source in the food storage community that if you stored your wheat/beans/seeds in cans or buckets and used the oxygen absorber packets it would kill the germination ability of the seed and make it so it would not sprout. Well, knowing how important it is to be able to sprout my food for nutrition, I’ve had some specially packed without the oxygen absorbers (oxy packs). Well, a post over at M.D. Creekmore’s Survivalist Blog got me thinking about this information and I thought I’d better test it out. So here’s the experiment, plus the basics on sprouting wheat since I haven’t covered that on this blog yet.

The Wheat I used was white wheat. One batch has been stored in an orange tupperware for who knows how long. The second batch was packed in a mylar bag in 2002 with an oxygen absorber packet. 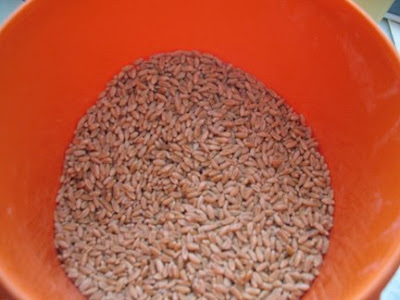 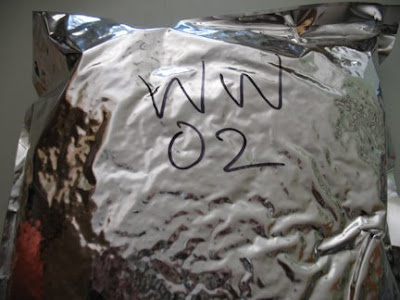 I put one cup of each wheat in a bowl and labeled them “plain” and “oxypacked”. Covered the wheat at least double with cool water and let it soak. I started around noon on Wednesday. The seeds should soak “overnight”. So if you start it before bed, you can move on to the next step in the morning, but if you start in the morning, they’re done soaking by then end of the day. 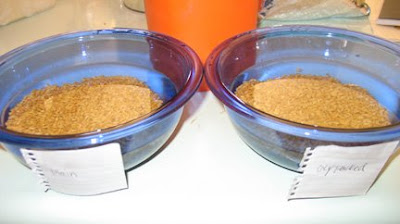 That evening, I drained the water off, rinsed the wheat and put it in sprouting trays. There are lots of containers you could use to sprout wheat, I just happen to like these trays better than using a jar or something like that. The seeds need to get air or they’ll mold, but not too much air or they’ll dry out. 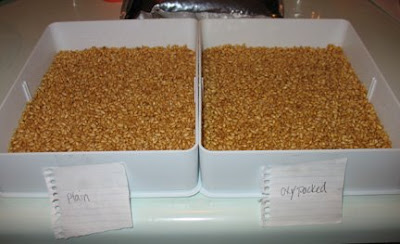 Then I put the lids on the trays and put them in a dark cupboard. 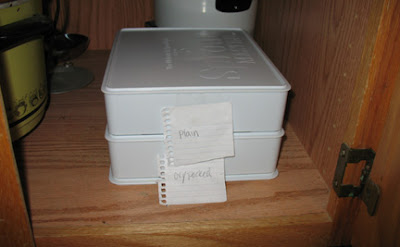 I rinsed and drained the wheat in the trays again the next morning (Thursday), and returned them to the cupboard. By that evening, the wheat was already sprouting (the tray on the left has already had a handful taken out for tasting). 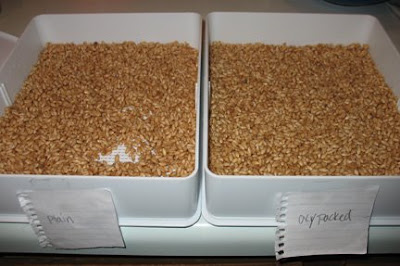 Here’s the plain wheat at the end of approx. 36 hours: 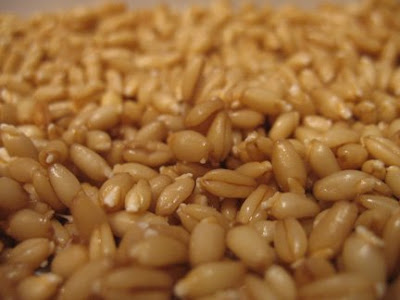 And the Oxy packed wheat at the same time: 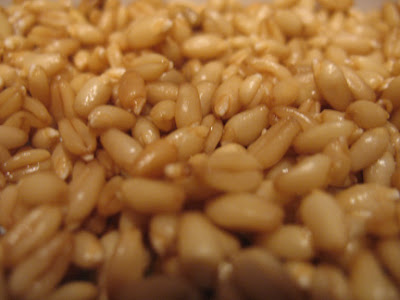 The little white things at the ends of the wheat are the beginnings of the sprouts. Both trays of wheat were sprouting. You could stop here and eat them, but I like my sprouts just a little longer so I rinsed them again and put them back in the cupboard for the night. Late this morning (Friday) I pulled them out and here’s what I have. Plain wheat after about 48 hours (including soaking time): 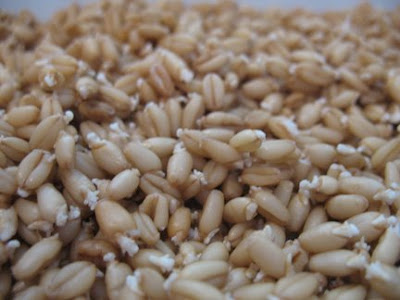 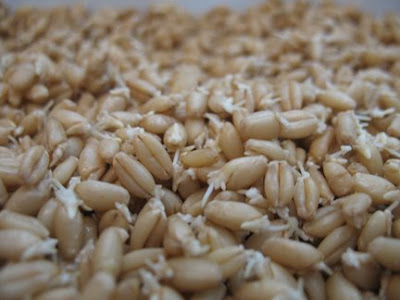 Now, it appears that the oxygen packed wheat actually is sprouting better than the tupperware stored wheat, most likely due to freshness. I do not recommend storing wheat in tupperware for any long period of time as it is not airtight, I just figured I’d use what was sitting around in my storage room open first for this experiment.

So the “advice” from an expert was proved incorrect. Kind of like the bottled butter! Guess you really have to test stuff out for yourself sometimes!