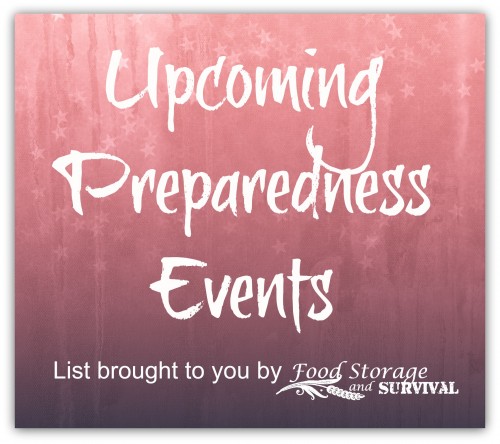 Looking for preparedness or self reliance expos, shows, or conferences?  Here’s a list of upcoming fairs, expos, classes, etc. that have to do with anything of use to a prepper, survivalist, or just anyone interested in self-reliance.  If you are hosting one of these events, or know of one and would like to list it here, send me the details including a link to more information if you have it and I’ll get it posted!

Crossroads of the West Gun Shows in NV, CA, UT, AZ throughout the year.  Check their schedule here.

Gun Shows USA.  Listing of gun shows across the country.