Are you singing my title yet? ;)

Yesterday morning we played with fire. Yep, matches, lighters, flint and steel, magnesium/steel, battery and steel wool, whatever fire we could find or make.
Here’s my disclaimer again: I’m no expert here, but I love a “scientific” study and hands on testing, so we put some firestarting methods to the test. There is a lot of information around on making your own firestarters and what to have in your fire making supplies, and since I only want to carry what works I thought I’d do a little testing. Here’s a few of the items along for the experiment: Road flare (sorry, we didn’t light this one), 9 volt battery and steel wool, 3 different lighters, matches, flint and steel + char cloth, a fireplace log (didn’t light that either since I know they burn), hand sanitizer, firestarter made from rolled up cardboard dipped in wax, dryer lint, cotton balls, firestarter made with dryer lint + wax + egg carton, and a magnesium and steel firestarter. We found a safe place in the dirt to make our fires and got started. 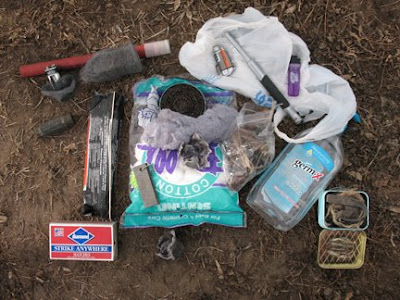 First we put the lighter to the egg carton firestarter. These firestarters will not light with a spark, they need a flame of some sort. This put out a BIG flame. About a minute into it burning we started the cardboard/wax firestarter on fire. Again, needed a flame to start it.

The cardboard roll put off a smaller flame, but still respectable, and if you’re good at starting fires you could get one going with this little firestarter. It burned for about 8 minutes. (Note the egg carton is still burning next to it.) However, the cardboard roll was a bit of a hassle to make compared to the egg carton, so I don’t think I’ll be making any more of those. 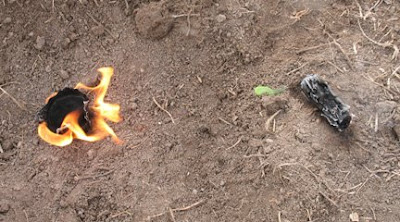 After the cardboard roll burned out, we lit a chunk of dryer lint on fire. This was standard, run of the mill, dryer lint, right out of my dryer that morning. Again, we used a flame to light it, I’m not sure if it would light with a spark, but don’t think it would be too easy to get it going that way. It burned, but hardly put out any flame (just kind of turned black a little at a time) and about 1 1/2 cubic inches of dryer lint burned just less than a minute. Egg carton still burning. Next we got out a cotton ball–100% cotton, jumbo size. I’m assuming this would be a similar burn to 100% cotton dryer lint. 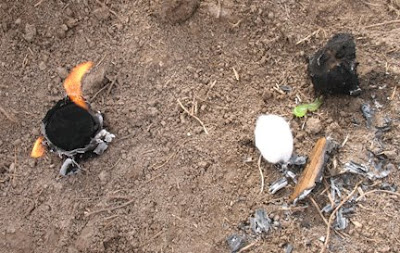 The cotton ball burned just over a minute and put out very slightly more flame than the dryer lint. Still not much to get a fire going without some real fire making skills (which I don’t have). Notice the egg carton firestarter still has a flame–that thing burned for approx 17 minutes! 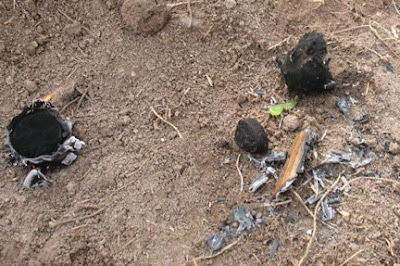 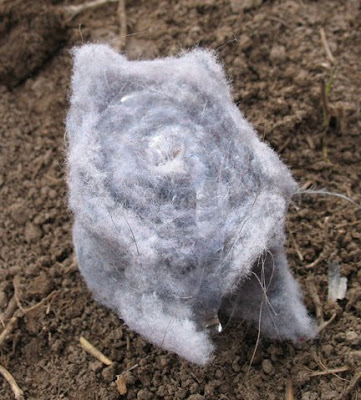 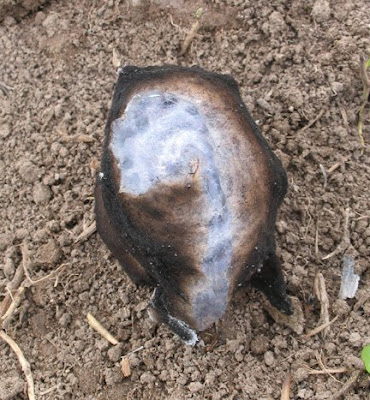 Next we tested out the very common Magnesium/steel firestarters found in basic survival kits. I shaved the magnesium onto a piece of newspaper and I probably needed more of it. Then sparked the “steel” side with my pocket knife. The sparks stayed frustratingly close to the blade of my knife, not dropping to the paper even though I was striking right on top of it. Finally got a spark to land on the paper and it almost caught the newspaper on fire, but not quite. Enough of that.
Then I demonstrated the real old fashioned Flint and steel + char cloth and caught a pile of shredded hemp rope on fire. It burns quick, though, so you’d have to have the rest of your fire built and waiting for the ball of rope flame when it lit. I’ve seen other “nest” material used with flint & steel like shredded juniper bark. Anyone have any good experience here? I’m a bit of a novice.
A 9 volt Battery and steel wool burned, but it does not produce a flame, so would need a “nest” to get a flame plus the fire area prepped and ready as well. I’ll have to take flint/steel pictures another time. So by then we were getting hungry (especially the little people) so I put one of the egg carton lighters on top of the newspaper that was left from the mag/steel experiment and lit it on fire. Many thanks to Sharla, Rexanne, and Megan for keeping the fire going! (I really like to have a fire NOW, so tend to rush the application of larger pieces of wood.) 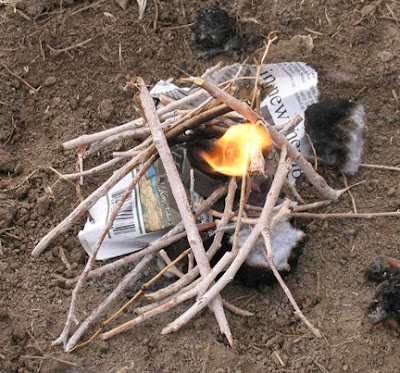 A quick note on the clicky lighters–they do not like to work at high altitudes. We’ve found a couple of lighters that light at high altitudes (one is a Coleman Adventurer I think–it is made specifically for high altitude lighting), but most are frustratingly unreliable. Just use matches if you’re going up above about 8,000 feet. 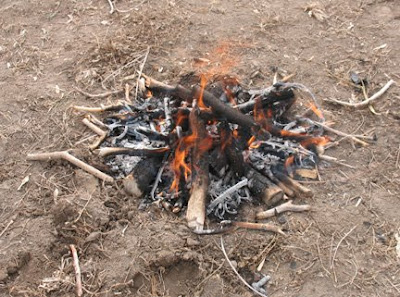 After all that, we cooked ourselves and the kids some hot dogs over our very own fire. Here it is–nastiness on a bun: 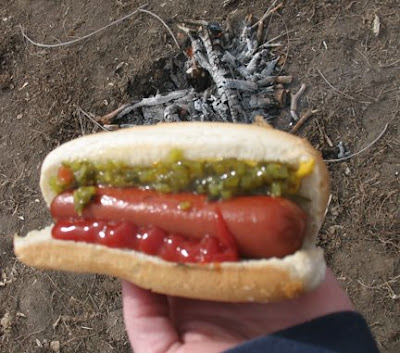 What fire starting methods work for you?